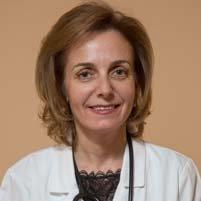 Sleeping problems can be disabling, significantly affecting quality of life and everyday function. As a leading neurologist in New York City, Dr. Kogan uses cutting-edge diagnostic and treatment methods to help patients from Midwood and throughout Brooklyn find relief from their symptoms so they can enjoy optimal health and wellness.

Hypersomnia is a condition that causes people to spend an exorbitant amount of time sleeping or causes people to be extremely tired during the day. Many people with hypersomnia have difficulty functioning at work or during other activities requiring focus and concentration. Several factors can contribute to hypersomnia, including:

People who have a family history of hypersomnia are also more likely to have the condition.

How is hypersomnia treated?

Hypersomnia can often be treated with medications such as stimulants and antidepressants, or with other treatments or lifestyle changes aimed at specific causes. Neurological testing can be very helpful in identifying or ruling out some causes so treatment can be more effective.

Narcolepsy is a neurological disorder that causes excessive daytime sleepiness as well as uncontrollable episodes of falling asleep. These episodes can occur at any time, including while driving or operating machinery.

The specific cause of narcolepsy hasn't been identified yet, but researchers believe genetics may play a major role. Low levels of certain brain chemicals have also been suggested as a possible cause, and some research has identified abnormalities in areas of the brain responsible for deep sleep. Most sleep experts and neurologists agree the condition is likely caused by a combination of factors that cause neurological dysfunction.

How is narcolepsy treated?

Although there is no cure for narcolepsy, the symptoms can be managed with medications, including both stimulants and antidepressants. Lifestyle medications including taking daytime naps, adhering to a regular sleep schedule, and avoiding alcohol and caffeine may also help.

We accept most major insurance plans. If you have any questions, please contact our office.

Words from our patients